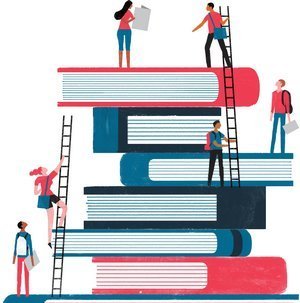 Applying to universities (especially foreign universities) require all kinds of legit documents for verification and evaluation and of a student’s eligibilities. These are mostly provided by the institutions and referees concerned in case of certificates and letter of recommendation or LORs. Whereas, the SOP are provided by the candidate itself. These are of great importance because they reflect a student’s personality, will to hustle harder, and shows how ambitious one is. Not only the above-mentioned traits are given light, but also the extra-curricular interests, experiences and other talents are imitated.

These are two very important documents that hold a weight of more than 5% in the admission process in most universities abroad. Since the professors/guides know their students well: both personally and professionally, its quite easy for them to judge the capabilities and traits and write detailed LORs. Sadly, there is rarely a bond between the faculty and students in colleges and universities here in India, which compels students to fake it, and write LORs on their own or seeking help from forums that would make their job easier, leading to loss of individuality in their writings.

What are LORs And SOPs?

LORs or Letter of recommendations are a third-party opinion of capabilities, positive traits, logical reasoning ability, and all over performance as well as potentials of the student. What is meant by the third party is the letter recommended by a referee who may be a staff of the university: principal, professor, etc; or a highly influential person in the same field. The LOR must be written by the person concerned in such a way that it aptly reasons what, why and how what has been stated should be assumed as true.

On the other hand, SOP is – Statement of Purpose. Self-recommendations written by the students itself. These are more informative as students can describe themselves the best. If you are writing an SOP, it needs to be written in your own words and language so as to disport your account in the program that you are interested in. It shows how you sell value of you work and ambitions.

Taking into notice, How you decide to write LORs and SOPs is a question you might be stuck pondering upon. There are many ventures that help students write their own LORs and SOPs. These sites, or companies provide ideas and templates to make it easy for students to comprehend the required pattern and write up in an appealing way. However, the trends have escalated in such a manner that this source of mere help has been replaced by copying of the entire content of LORs and SOPs.

It won’t all be roses and unicorns. Its not that you are the one scamming these esteemed universities by seeking itsy bitsy of help from some thought upon or rather random venture. You might be the one being scammed in the process too.

Let’s consider this example of a brilliant student who was misled by a forum as mentioned.

A student from Gurgaon, studying in one of the best colleges of the Delhi University, who tried hard to seek help from educational consultancy which assured providing the best suited LOR and SOP for him. We’ll call him Dhruv for instance, a bright student with so much potential, who carried a torch so bright that it eventually burned him.

Dhruv was a graduate in public health, never fascinated by grades or what it had for him in it. He was more like a self-made, jumpy student; educated on the streets, captivating the pulse of a common man. He had a vision that he implemented than only believed in. Lost in interning and working for the local mob during his late graduation semesters, he had no option left other than looking up for help in writing his SOP and additional LORs.

He enrolled himself to an educational consultancy that was supposed to provide him with well written, discrete and exclusive SOP and LORs based on the information he had provided, which most probably was to be sufficient for persistence. With whatever he was provided by them, he applied for some of the best universities (abroad) he had his eyes on. All his documents were verified, and certified, making him an eligible candidate for being accepted.

But, things didn’t end up as were expected. All because he had used the SOPs and LORs made by a scammed consultancy in those applications. Despite of being so determined in what he did best, his service in public health, his application had been rejected by these universities.

Why? Here we go with an apt answer to that. On digging in deeper, he found out that the SOP and LORs provided by the venture were just templates and samples. There were several other LORs and SOPs of other applicants that had the exact same content as his. There was no detailed countenance of the work he had done, or even the major specifics that were but required to match the hard work he had put in.

All the personal life data that was meant to be a game changer was lacking! Old template-based LORs and SOP had been fed with changes in details just as minor as name of the candidate and the course he had pursued. Not only a shocker for being fooled in the written material, but also the charges that were in no way justified. Each submission costed him a minimum amount of Rs.5000, be it an LOR or SOP.

So, writing your own SOP and paying attention to the way your LOR has been written is much healthy than seeking the help of such consultancies. It’s good to have another set of eyes to mark suggestions and help but completely depending upon other sources for such a personal piece like these makes so little sense. Moreover, as can be inferred from the example above, that universities can figure out whether or not the SOP is written by you, and judge the weightage that the LOR holds.

How to write and what to avoid?

Since you are your own hero, you know yourself like no one else does, expecting other people to notice the light in you, and giving it more soul on paper is wrong on so many levels.

Therefore, make your own SOPs and review your LORs.

An effective SOP can be made on your own, yes!

There should be a sense of pride when you talk about your experiences and how you’ve grown through them, more stories and lesser facts from your life would attach strings with the reader and be genuine.

There should be richness in your text rather than your text being rich in words. Words and structure are of more value than the length of your write-up.

Be clear of ‘why’ you need what you need. Specify your goals and the reason behind them.

Make sure you portray who you are as a whole individual and not just some applicant who needs the admission.

Look for suggestions on quora, watch videos on youtube, go through examples and polish your content, on you own. It will make it more alluring and personal.

Letter of Recommendation not worthy enough?

LORs from reputable and revered institutes, forums etc of the same field. The one who writes your LOR should provide facts that would stand by the statements made in defense of your abilities, work, and potential. The claims must be well reasoned for better expression. There should be a precise reflection of faith held by the referee in you.

Avoid at all costs, falling into the fake promises that online forums may make to you as it will only degrade the lushness of your LORs and SOP. Educational consultancies are more likely to be a mockery on the ethics and values knowledge holds; as these ventures only promote shortcuts and immoral resourcing.

It not only costs you big time money but also can cost you an entire year since scamming likewise is identified and libelled by foreign universities. It’s like tricking your own self.

Hence; know yourself, be yourself. 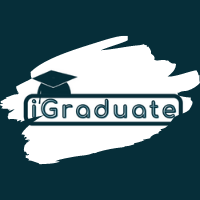